The countdown continues, five more days till the free screening of Puamana (October 13 6PM at Dole Cannery)! Continuing our celebration of the 33rd year of Hawaii International Film Festival (HIFF) and ʻUluʻulu`s partnership this year we wanted to highlight the film Sending Aloha Abroad directed by Sean Aronson. The film documents Hawaiʻi`s role in serving as a training location for Peace Corps volunteers who continued on to other locations in the Pacific. Many of these volunteers, like UH-West Oʻahuʻs own Dan Boylan, made Hawaiʻi their home. The film features footage of the family party, this is from our pilot project from Lyman Museum just another way people are using the archive for their projects. Click on the picture below for a link to HIFFʻs page for Sending Aloha Abroad which includes pictures, show times and a trailer. Happy movie going! 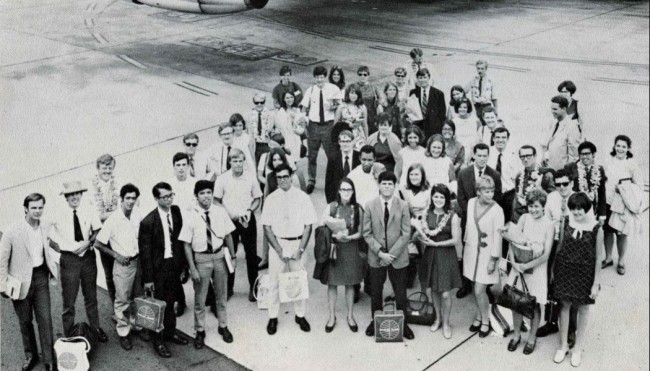