Read about the efforts of the Hula Preservation Society “to document the great voices of hula before they go silent” in the current issue of Hana Hou! Magazine.

The Lyman Museum in Hilo, currently showcases Hawaiʻiʻs volcanoes from the 1880s to present. The exhibit includes historic film footage, a portion of which was digitized in ʻUluʻulu’s Pilot Project. In an email, archivist Miki Bulos comments, “The films have already generated a lot of interest in the public as well as the scientific community… If ʻUluʻulu hadn’t digitized these films they may have, in all likelihood, been lost for ever.” 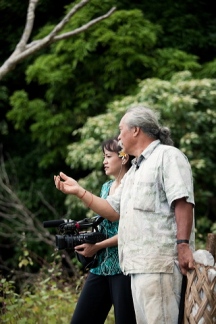