On Monday January 21, Hawai‘i took a holiday to remember the contributions to human rights made by Martin Luther King Jr. King was a civil rights pioneer, anti-war activist, and an advocate of civil disobedience. In the 1960s and 1970s Hawai‘i saw a rise in social activism, human rights advocacy, and a re-emergence of Hawaiian activism. The organizing ranged around a variety of issues from housing, labor, militarism, and land issues and was deeply inspired by King and other civil rights activists. Here are a few clips that highlight this rich history.

In the late 1980s the state began building the H-3 freeway which connected windward and central O‘ahu.  Dubbed by critics as an artery to link up military bases, many people opposed the project because it ran through Hālawa Valley where many heiau (sacred site of worship) and Hawaiian burials are located. This video documents some of the actions Hawaiians and their supporters took to protect the valley. 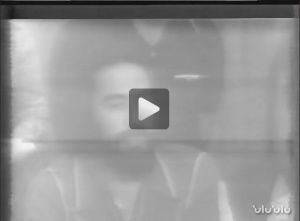 Important in the re-emergence of Hawaiian activism was a reclamation of ‘āina (land) and identity. The Kaho‘olawe protests were as much about stopping the bombing of sacred ‘āina as they were about reclaiming an Hawaiian Identity and the concept of aloha ‘āina (love for the land) which moved the people to occupation of the land. After much protest and occupations the Navy stopped the bombing and gave the island to the state of Hawai‘i until a Hawaiian entity is created. George Helm led this struggle and connected to people, young and old. Helm and the island remain an example of aloha ‘āina. “Produced by Walter Ritte in 1976, this video portrays the earliest days of the movement to stop the bombing of Kahoʻolawe through peaceful occupations of the island, public testimony, litigation, music, hula, and public education.”