Water is believed to be a physical manifestation of Kāne, who is considered one of the four major gods in Hawai‘i. In light of this spiritual belief, no one had ownership over water in traditional society, not even the ali‘i. Instead, laws were created to manage water as a community resource.

However, with the increased settlement by foreigners from 1778 onwards, water became a growing concern. Enticed by Hawai‘i’s location and climate, foreigners flocked to Hawai‘i to establish their businesses and sugar and pineapple plantations spread across the Islands. With the growing demand for water and irrigation, ditch systems were introduced to transport millions upon millions of gallons of water from windward communities to the plantations. For decades, water diversions for sugar interests have stunted native life and Hawaiian communities that rely on freshwater streams; as D. Kapua‘ala Sproat reminds us in Ola I Ka Wai: A Legal Primer for Water Use and Management in Hawai‘i, “pu‘ali kalo i ka wai ‘ole – taro, for lack of water, grows misshapen.” 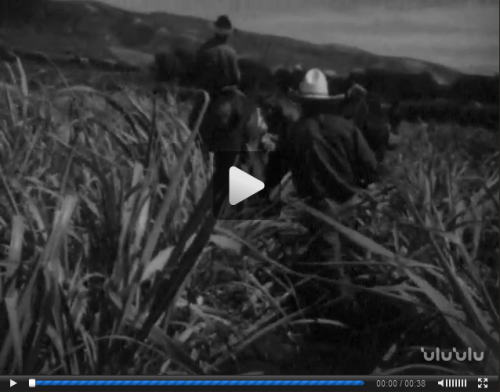 Fast forward to the 1990s… As plantation after plantation began to shut down, conflicts over the distribution and use of water were brought to the forefront. Issues of ahupua‘a management, particularly the importance of water for kalo farming and for the health of marine life and the environment overall, were raised by Hawaiians and interest groups who advocated for the restoration of streamflows.

Perhaps one of the most well-known efforts is the Waiāhole-Waikāne water struggle over the diversion of water from east O‘ahu after the close of Oahu Sugar. The Waiāhole-Waikāne case is important for Hawaiians and for Hawai‘i because it resulted in the first return of water to Hawai‘i’s streams. The case is discussed in numerous articles and publications, including a multivolume text, titled “A History of Water: The world of water,” which acknowledges the significance of this water struggle at a global level. 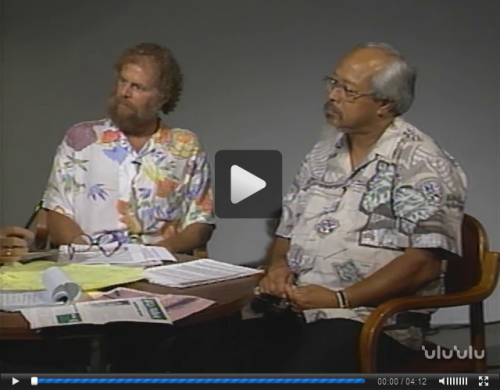 But, what’s noteworthy about Waiāhole-Waikāne (at least in relation to our work at ‘Ulu‘ulu) is the role of film in “providing voices and context for traditional Hawaiian water management” and subsequently educating Hawai‘i and the world about the importance of water:

“The internet has been an important means of disseminating information about the underlying basis for the windward position and updates on the status of the Waiāhole conflict… Other forums have also been used to address traditional Hawaiian ideas about water as they relate to the conflict over the waters of Waiahole and other windward O‘ahu streams… One of the most direct means of outreach, however, has been through the media of film. Movies with titles such as Ahupua‘a, Fishponds, and Lo‘i (1992), Hard Taro of Waiāhole (1995), and Stolen Waters (1997) were produced by the organization Nā Maka o ka ‘Āina [and]… underscore the need to let water remain in the streams of origin by providing voices and context for traditional Hawaiian water management. As a movie, its message has the potential to reach a diverse and wide audience within the archipelago, throughout the Pacific, and on the mainland.” – Oestigaard and Tvedt p. 45-46.

Thus, the appeal of film presented (and continues to present) a powerful medium for outreach on water. And, as evidenced by other films produced by Nā Maka o ka ‘Āina and others like Victoria Keith Productions, film (and video) provides an excellent medium for education about Hawaiian culture and for the issues facing our communities then and now. 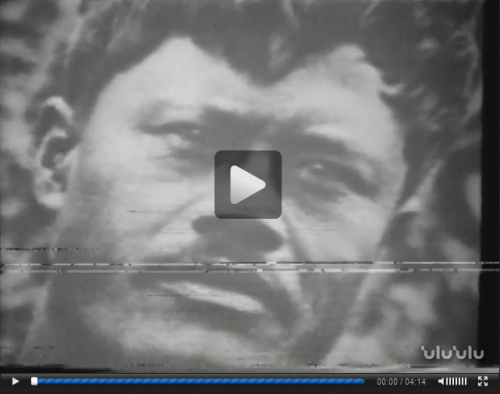 The new theme on Water on our ‘Ulu‘ulu website includes footage from First Friday episodes with water resources researcher George Hudes and taro farmer Herbert Hoe from Waiāhole discussing the Waiāhole-Waikāne water case, water codes, the Water Commission, and the advantages of stream restoration. The theme also includes clips of a sugar irrigation system ditch, a Kaua‘i ditch (with footage of an interview on water rights), and a clip of what looks to be people working at the Waihe‘e Ditch.

Battles over water persist today. So, it is important to understand the history of water rights in Hawai‘i. Ola i ka wai, water is the life giving source!
View our Wai Theme here.

References:
Ola I Ka Wai: A Legal Primer for Water Use and Management in Hawai‘i, by D. Kapua‘ala Sproat.